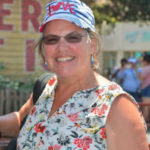 Lelia Muckelston (Staff Parish Relations Committee Chair)
Lelia has been a member of the Pemberton UMC for more than 25 years and has loved God her whole life. During her years at Pemberton, she has taught children’s Sunday School, organized Vacation Bible School, lead mission teams, sang in the Chancel Choir, acted as a liturgist during Sunday worship, and much more. Lelia has lived in the Browns Mills area for more than 30 years and is a teacher in the local elementary school. She brings enthusiasm and a positive outlook to the service of the Lord. 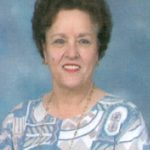 Sandy R. Verner was born in Haddonfield, New Jersey and grew up in Collingwood, New Jersey. She graduated from Collingswood High School (played sports – hockey, basketball, tennis). Educationally, Sandy graduated with an Associate of Arts Degree in Business from Keystone Junior College (LaPlume, Pennsylvania). She holds a Bachelor of Science Degree in Business Education from Rider College (now University) with a minor in Accounting. Sandy taught Business subjects for over 34 ½ years at Rancocas Valley Regional High School in Mount Holly and Pinelands Regional High School in Tuckerton. She coached girls’ tennis in both schools.

Sandy joined the Pemberton United Methodist  Church in 1996 and has sung in the choir, worked on the Trustees and Financial Committees, and taught Children’s Sunday School. She also set up (in PowerPoint) the presentations on the “overhead” used during the service. Presently, she serves as the Chairperson for the Finance Committee and Administrative Board. Of all of her many responsibilities, she is also a lead counter of the offering. 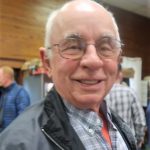 Bob has been a member of Pemberton for 31 years. He has served as a President of Trustees, Finance Committee, United Methodist Men Chairman, and Administrative Council Chairman for 20+ years. Bob is married to Lisa R. Butler.  Together, they have three children Robert Michael, Kyle T., and Kimberly J. Butler who are all members of the Pemberton United Methodist Church. Bob has served as an officer for 20 years in the United States Air Force and retired as a Lt. Colonel. He flew as a corporate pilot for 28 years and retired in 2014. Bob enjoys playing golf, being at the beach, hunting and traveling. 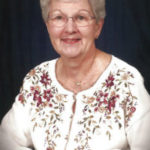 Shirley Dunfee Adams was born on October 24, 1936, into a Christian home encouraged by parents and a heritage who served Pemberton United Methodist Church. Shirley has been an active member of PUMC all of her life. She holds offices locally, in the district and in the United Methodist Conference. She was married to Robert. They served at PUMC together until his passing. Their children, Keith and Karyl, were nurtured in Pemberton United Methodist Church serving the Lord. As Lay Leader, she seeks to serve with God’s help to accomplish His purpose and with courage and strength, trust Christ her Lord. Shirley works tirelessly to make Christ’ light shine for the common good of all! 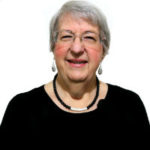 Linda Hobert  (Church Secretary/ Administrative Assistant)
Linda (Gower) Hobert has been a life-long resident of the Pemberton Borough/Township area. She grew up on Hough Street in the Borough and began her association with the Pemberton United Methodist Church when she was baptized as a baby on May 18, 1952. Then, on March 22, 1969, she became a full member of Pemberton UMC. Linda was married at Pemberton UMC on May 25, 1974. She and husband Harry have lived in Browns Mills for most of that lives. They have two children, daughter Victoria (Torre) and son Christopher and three grandchildren, Evelynn, Cole and Chase. Linda has worked at Burlington County College, now Rowan University. She brings her administrative experience to the position of Church Secretary/Administrative Assistant. 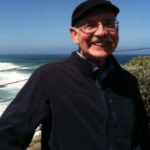 Dr. Alan Clarke Hudson (Organist/Choir Director)
Dr. Alan Clarke Hudson was born in Camden, NJ. He has lived most of his life in Williamstown (Gloucester County) NJ and attended Woodrow Wilson High School in Camden, NJ. Alan started playing at churches while he was in the fourth grade. His educational background includes degrees in music history and French literature from Rowan College (then Glassboro State), Temple University, Columbia University, Curtis Institute of Music, and the College of Beaux-Arts in Toulouse, France. He holds a Ph.D. in Music History. Alan has taught in North Jersey for 33 years as a music teacher. Additionally, he has taught two summers in Vancouver British Columbia, Canada. Alan has been the organist/pianist for event locally and around the world. He is delighted to serve at the Pemberton United Methodist Church and brings his rich experiences from his Lutheran background. 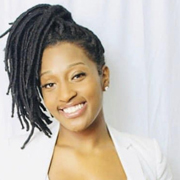 Jasmine Poole is the founder of Jesus People Elite Enterprise (JPELITE), a community nonprofit committed to engaging, empowering, and educating all members of the Pemberton Township, Burlington County, NJ. community. Poole provides personal fitness training, addresses food insecurity, and organizes outreach events including: back to school backpack drives, winter coat drives, help for the holidays, and much more. Over the past five years, Poole has mentored over three hundred youth. This passion began at age 17 when, as a basketball player herself, she organized basketball training camps for at-risk youth in her community. In 2018 at the age of 24, Poole graduated from The College of Saint Elizabeth in Morristown, NJ with a degree in English and numerous education credits. The College’s commitment was to provide service-learning, where she expanded her vision and decided to put her experience to good use back in Pemberton. Currently, Jasmine has decided to further her studies at Rutgers University to broaden her passion to impact and lead communities in need. She is in the Public Administration graduate program. 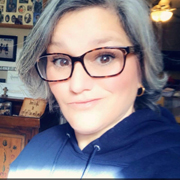 Kristi Vanbramer grew up in Toms River, NJ before moving to Browns Mills, NJ 16 years ago. She is married to Kenny and they have 5 awesome children and 8 beautiful grandchildren. Kris has been a member of PUMC since 2007 and has helped with many mission trips. Kris is a transformative leader, who brings years of experience working with youth. Her passion for young people and transparency is what makes her so relatable. She also works as a substitute teacher in the local school district and volunteers at her local fire company.